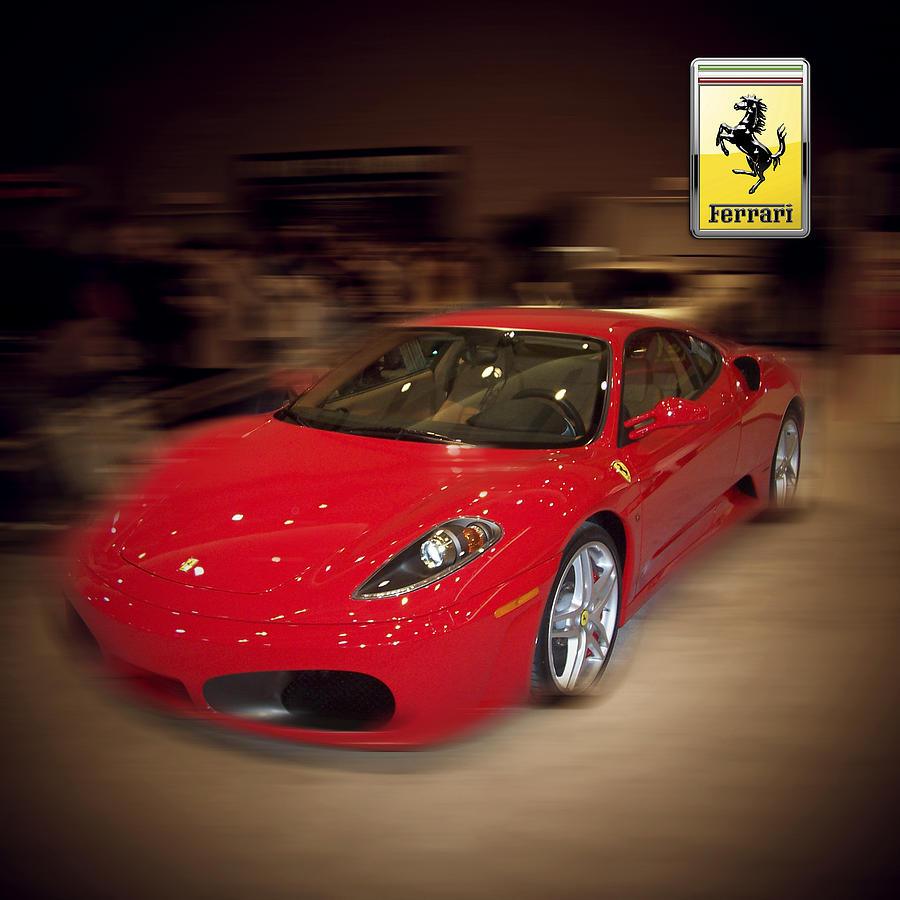 Ferrari F430 - The Red Beast is a photograph by Serge Averbukh which was uploaded on June 26th, 2015.

Introducing the ‘Auto Corner’ collection by Serge Averbukh. Here you will find fine art prints, featuring Ferrari F430 with 3D Badge.
Ferrari S.p.A. is an Italian sports car manufacturer based in Maranello, Italy. Founded by Enzo Ferrari in 1929, as Scuderia Ferrari, the company sponsored drivers and manufactured race cars before moving into production of street-legal vehicles as Ferrari S.p.A. in 1947. Fiat S.p.A. acquired 50% of Ferrari in 1969 and expanded its stake to 85% in 2008, which it still holds today. Throughout its history, the company has been noted for its continued participation in racing, especially in Formula One, where it has had great success. Ferrari road cars are generally seen as a symbol of speed, luxury and wealth.
The Ferrari F430 is a sports car that was produced by the Italian car manufacturer Ferrari from 2004 to 2009. A successor to the Ferrari 360, it debuted at the 2004 Paris Motor Show. Its successor, the Ferrari 458, was unveiled on 28 July 2009.