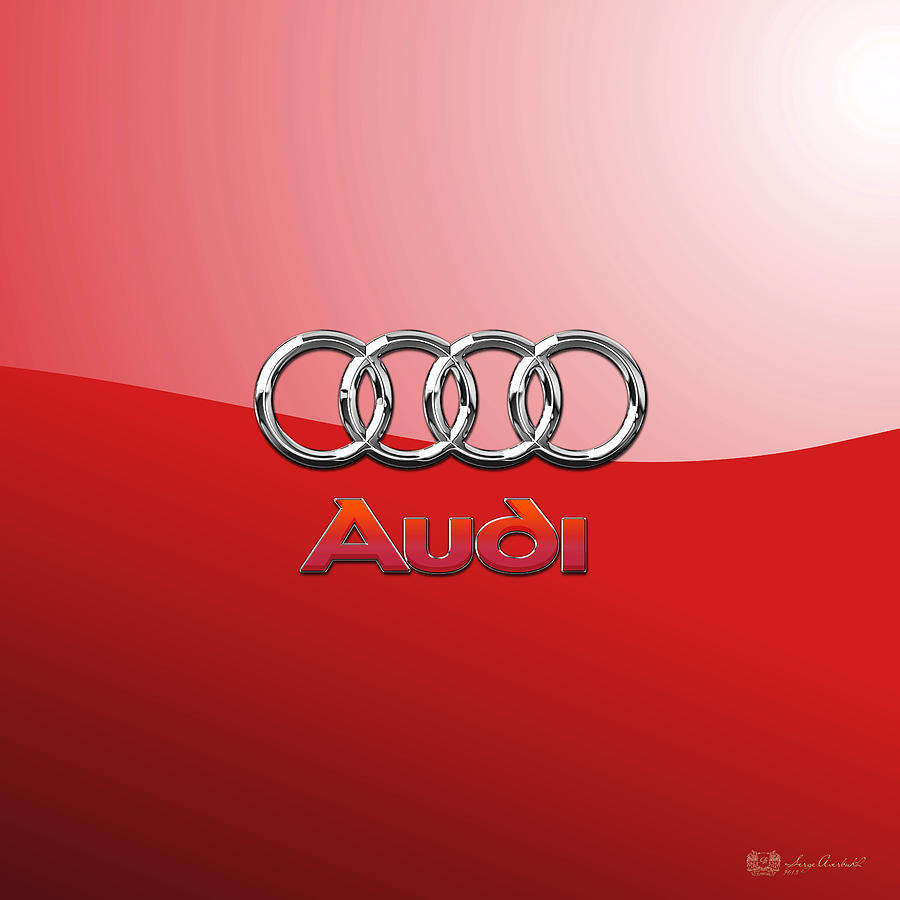 Audi - 3D Badge on Red is a photograph by Serge Averbukh which was uploaded on May 2nd, 2015.

Introducing the Wheels of Fortune collection by Serge Averbukh, showcasing digital paintings of some of the coolest and most sought after automobiles... more

Introducing the Wheels of Fortune collection by Serge Averbukh, showcasing digital paintings of some of the coolest and most sought after automobiles of past and present along with amazing digitally crafted car makers' insignia and badges (logos). Here you will find framed and wrapped/stretched canvas fine art prints, featuring a digital painting of a Audi 3D Badge on Black.
About this sound Audi AG is a German automobile manufacturer. Audi oversees worldwide operations from its headquarters in Ingolstadt, Bavaria, Germany. Audi-branded vehicles are produced in nine production facilities worldwide. Audi has been a majority owned (99.55 percent) subsidiary of Volkswagen Group since 1966, following a phased purchase of AUDI AG's predecessor, Auto Union, from Daimler-Benz. Volkswagen relaunched the Audi brand with the 1965 introduction of the Audi F103 series. The company name is based on the surname of the founder, August Horch. Horch, meaning listen, becomes Audi when translated into Latin. The four rings of the Audi logo each represent one of four car companies that banded together to create Audi's predecessor company, Auto Union. Audi is part of the German Big 3 luxury automakers, along with BMW and Mercedes-Benz, which are the three best-selling luxury automakers in the world.