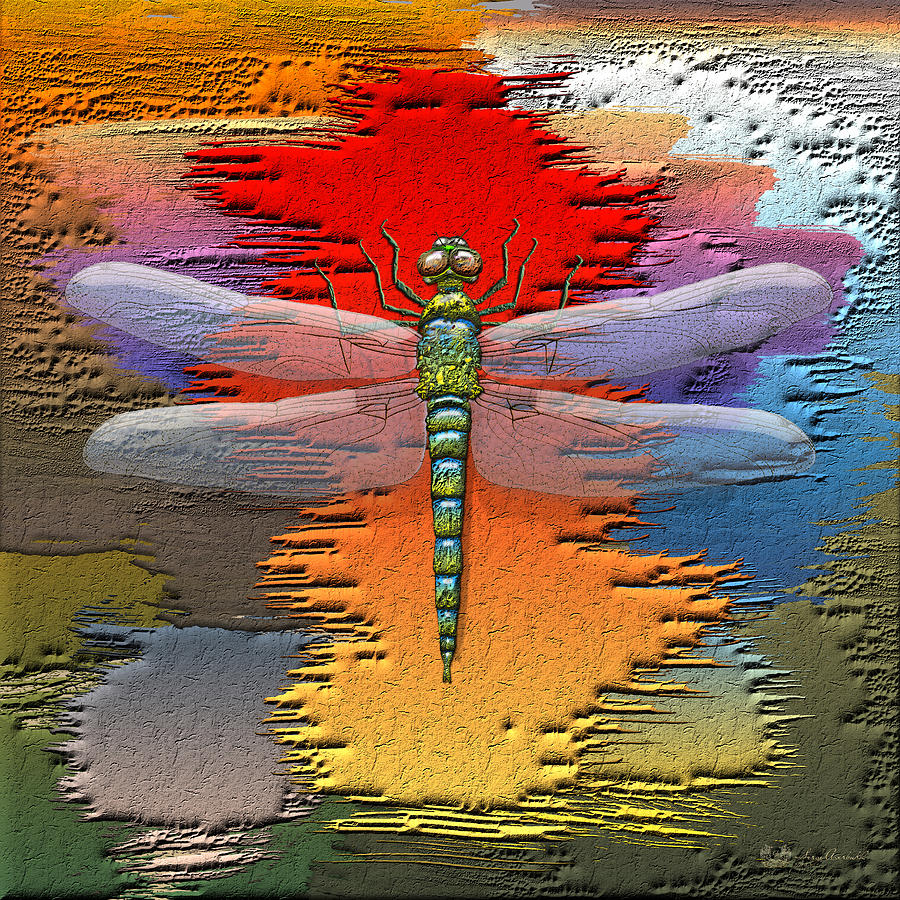 The Legend Of Emperor Dragonfly is a photograph by Serge Averbukh which was uploaded on May 7th, 2015.

Introducing the Beasts, Creatures and Critters collection by Serge Averbukh. This collection features various living beings of this planet in all... more

Introducing the "Beasts, Creatures and Critters" collection by Serge Averbukh. This collection features various living beings of this planet in all their obvious and not so obvious glory. It was meant to celebrate diversity of life without any bias or hesitation.
Here you will find a selection of fine art prints, framed as well as stretched/wrapped canvas, featuring an original abstract composition The Legend of Emperor Dragonfly...
A dragonfly is an insect belonging to the order Odonata, the suborder Epiprocta or, in the strict sense, the infraorder Anisoptera. It is characterized by large multifaceted eyes, two pairs of strong transparent wings, and an elongated body. Dragonflies can sometimes be mistaken for damselflies, which are morphologically similar; however, adults can be differentiated by the fact that the wings of most dragonflies are held away from, and perpendicular to, the body when at rest. Dragonflies possess six legs (like any other insect), but most of them cannot walk well. Dragonflies are among the fastest flying insects in the world. Dragonflies are major predators that eat mosquitoes, and other small insects like flies, bees, ants, wasps, and very rarely butterflies. They are usually found around marshes, lakes, ponds, streams, and wetlands because their larvae, known as "nymphs", are aquatic. About 5,900 different species of dragonflies (Odonata) are known in the world today of which about 3000 belong to the Anisoptera. Though dragonflies are predators, they themselves are subject to being preyed upon by birds, lizards, frogs, spiders, fish, water bugs, and even other large dragonflies.