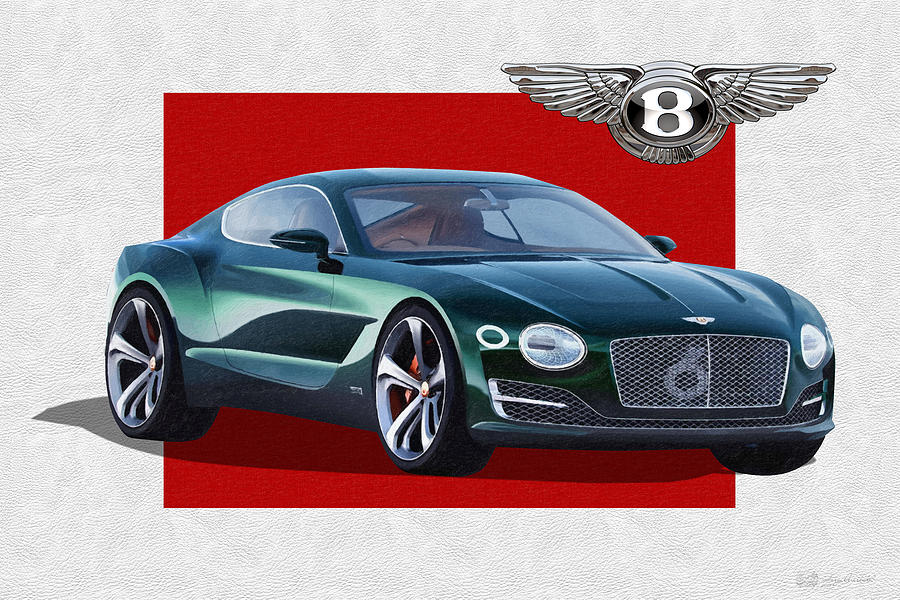 Introducing ‘Bentley’ collection by Serge Averbukh, showcasing digital paintings of some of the coolest and most sought after Bentleys of past and... more

Introducing ‘Bentley’ collection by Serge Averbukh, showcasing digital paintings of some of the coolest and most sought after Bentleys of past and present along with amazing digitally crafted car makers’ insignia and badges (logos). Here you will find framed and wrapped/stretched canvas fine art prints, featuring a digital painting of a Bentley EXP 10 Speed 6 with 3D Badge.
Bentley Motors Limited engineers, manufactures and distributes luxury automobiles and automobile parts worldwide. Based in Crewe, England, United Kingdom, Bentley Motors Limited has been a wholly owned subsidiary of the German Volkswagen AG since 1998. W. O. Bentley founded his namesake company on 18 January 1919. Rolls-Royce purchased Bentley in 1931.
Bentley Motors Limited is the direct successor of Rolls-Royce Motors, which Volkswagen AG purchased in 1998. The purchase included the vehicle designs, model nameplates, production and administrative facilities, the Spirit of Ecstasy and Rolls-Royce grill shape trademarks, but not the rights to the use of the Rolls-Royce name or logo, which are owned by Rolls-Royce Holdings plc and were later licensed to BMW AG.
Bentley EXP 10 Speed 6 Hybrid is a super car concept by Bentley launched in 2015 at the Geneva Motor Show.
The Bentley EXP 10 is two seat coupe smaller than the existing Bentley Continental GT. EXP 10 project was managed by Head of design, Luc Donckerwolke. It is fitted with a V6 but the production version of the concept is expected within three years and will be fitted with the 500 bhp 4.0-litre twin-turbo V8 from the Continental GT. The expected price of the model is Ł120,000.